Nobody likes zits—big ones, little ones, even the hidden ones that stay mostly out of sight but continue to pulse with a throbbing kind of pain just to remind you of their presence.

Let’s face it: acne is one of the most popular hurdles to achieving the clear, healthy skin we all want.

No doubt, you have tried all the creams and toners, maybe even those spot treatments that are so popular nowadays. While these might mostly control your acne, they still manage to come back with a vengeance to wreak havoc on otherwise spotless skin.

What are we missing out here?

Dermatological studies have introduced a new key player into the fight against acne—zinc. But what is zinc and how can it help you win the war against acne? Is it better as a cream or do you (gulp!) take it in? What are the best formulations for zinc in fighting acne?

Zinc is an essential mineral that can be found in many foods but more so in oysters. The majority of zinc in our diet comes from red meat and poultry but they can be found in nuts, beans, and some crustaceans. Zinc can also be found in fortified foods and, of course, dietary supplements.

Additionally, zinc is involved in many of our body’s functions but their role is most prominent in the immunity area and the maintenance of skin integrity. Sounds just like what you need to combat your acne, right?

The Relationship of Zinc and Acne

How Zinc Can Help Fight Acne

Zinc plays an important role in which it helps to activate T-lymphocytes, the cells in your body that are crucial in cell-mediated immunity. Their functions include directly attacking foreign bacteria and viruses, as well as releasing substances called cytokines to communicate and enable other cells to respond to the attack.

Well, your acne is partly the result of the proliferation of the bacteria known as Propionibacterium acnes. While it normally isn’t a terrible, disease-causing entity on your skin, its uncontrolled growth, coupled with increased sebum production can cause you to break out into those awful zits.

Another study pits zinc gluconate against minocycline, a popular antibacterial treatment for acne. In fact, zinc loses out to minocycline with a success rate of only 31.2 percent compared to minocycline’s 63.4 percent. However, the results show that zinc is effective in treating acne cases.

They’re red, they’re huge, and they’re angry! Acne is an inflammatory response of the skin when your pores are clogged with sebum or oil and/or dirt. With nowhere to go, the constant production of oil by your sebaceous glands causes the area to swell. Add bacteria to the mix and you have the perfect recipe for a zit.

Of course, the best way to avoid this scenario is simply to just regularly cleanse your face to rid your pores of the blockage. However, there are cases wherein simply cleaning fails to keep up with oil production such as people with naturally oily skin and well…hormones.

One of the four factors that affect the possibility of an acne breakout is the abnormal desquamation of keratinocytes. They are the cells responsible for making keratin, the protein that makes up our hair and nails. Keratin is great in that it provides a protective barrier on our skin, shielding it from the environment.

The problem happens when the keratinocytes proliferate and produce too much keratin, enough to block the pores and allow sebum to build up in the pilosebaceous unit.

Zinc helps to downregulate the rapid growth of keratinocytes and keeps them from proliferating beyond the normal limits. The decrease in keratin production will allow the pores to breathe instead of clogging up and leading to acne.

4. Zinc as an Antioxidant

You might have heard that antioxidants are good for your overall health but did you know that increasing antioxidant levels might also be correlative with clear skin? This study explored the biochemical markers in the blood of people with acne and noted a rising trend in inflammatory damage the worse that acne got.

On the other side, they also noted a rising trend in the levels of antioxidants the clearer the skin got. As an effective antioxidant, zinc works by neutralizing free radicals and certain inflammatory reactions, including pimples.

The Best Forms of Zinc

Now that you know how zinc targets those nasty zits, you might want to raise zinc levels in your body. In fact, most people are not aware that they have some zinc deficiency.

Luckily, zinc is a naturally occurring mineral in many foods including seafood, most especially oysters and in crabs and lobsters to a certain degree. It is also found in most fortified foods.

Zinc supplements are also available on the market for those who truly want to up their zinc levels and get serious in their war against acne. However, not all forms of zinc are created equally. Also, while there are certain preparations that are easily and quickly absorbed into the bloodstream, there are some that might take a while.

Zinc picolinate is an acidic form of zinc that has been complexed with picolinic acid. It is more readily absorbed by the human body compared to other forms of zinc, which means that you get most of what you take in.

This study compared the three most common forms of zinc available on the market—zinc picolinate, zinc citrate, and zinc gluconate. This way, they could get a handle on which one was readily absorbed into the bloodstream. And zinc picolinate outran the other two.

This study showed that compared to other forms of zinc, such as zinc oxide and zinc sulfate, zinc methionine had the highest bioavailability.

This is one of the most popular forms of zinc. It is used as an adjunctive treatment for many diseases such as acute gastroenteritis and even in respiratory tract infections. Zinc Gluconate might cause nausea and stomach upset in some, in which case it is advised to take a full meal before taking in zinc.

Also, since calcium-rich foods can affect the absorption of zinc gluconate, you might want to lay off the dairy and cheese while you are supplementing.

This is a zinc compound that has high zinc content and better sensory properties in syrups. It is also slightly soluble in water. Few data in humans exist to compare the bioavailability of this form of zinc. However, the study previously noted in the discussion on zinc gluconate concluded that it has about the same bioavailability with the more popular zinc gluconate.

As an alternative form to zinc gluconate, zinc citrate works pretty well and holds its own.

Zinc sulfate is an inorganic compound and is already readily available in the market as a dietary supplement to combat zinc deficiency. It is advised to take this one at least 1 to 2 hours before meals.

But if it causes stomach upset, you can also take it an hour after meals. Phytates, which are found in most cereals and whole grain foods, exert a negative effect on zinc absorption. It is advised not to take in any foods rich in phytates within two hours of taking in zinc sulfate.

Zinc Creams…To Use or Not To Use?

Now, we go topical—how about using zinc creams to stop pimples in their tracks?

Zinc has been used to treat a variety of skin problems but it gained interest recently in the especially popular arena in the fight against acne. Several studies support the use of zinc against this most common and embarrassing affliction that affects mainly adolescents.

The verdict? Yes! You can use zinc creams in your fight against acne! 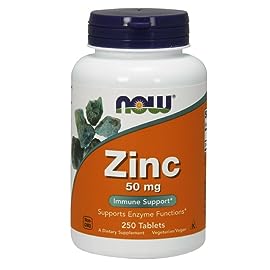 Zinc gluconate is one of the most popular forms of zinc on the market and readily available. This preparation comes in tablet form with 250 tablets in each bottle. It contains 50 mg of zinc.

However, as with oral preparations of zinc, you might want to take it an hour after a meal as it could cause stomach upset. 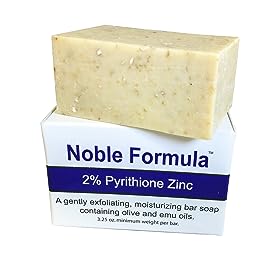 This pyrithione zinc bar soap has antifungal and antibacterial properties that can help in the fight against acne. This soap is especially for those with dry and sensitive skin as well as other skin conditions that render the skin vulnerable such as eczema and psoriasis.

It also contains other moisturizing and nourishing ingredients like oatmeal, olive oil, emu oil and calendula extracts to soothe and nourish the skin. 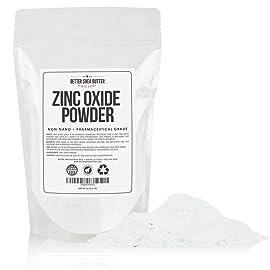 For those who prefer a bit of DIY, this is a 99.99% pure zinc oxide preparation that is certified by the US Pharmacopeia to be safe. It has the usual antibacterial and antifungal properties but does not seep into the bloodstream.

Besides, its main purpose is to serve as a sunblock and form a protective barrier against the skin but can reduce inflammation, irritation, swelling and yes, acne. It also dries minor skin irritations the way calamine does.

The Best Zinc for Acne

I am not so much a fan of DIY as so many things could go wrong with it. Honestly, although the zinc pyrithione bar soap does wonders for dry skin, I would much rather recommend the NOW Zinc Gluconate Tablets.

Stomach issues aside, zinc gluconate has good bioavailability and I need the zinc to seep into my bloodstream. This way, I can combat the free radical damage, bacteria, and inflammation that all contribute to the fact that acne can wreak havoc on my skin.

Like most of us, the coated tablet is an added bonus for me because:

Acne is the result of many factors and we have found an unlikely ally in zinc that can help us in our efforts to get clearer skin.

Are you convinced to use zinc in your fight against acne? Do you already use zinc to battle acne? What other zinc products can you recommend to fight acne? Let us know in the comments below and don’t forget to share this article with you family and friends to help them fight acne, too!

Wonderful post! Zinc plays an important role in acne healing and it main properties are healing, regenerating, anti inflammatory and it helps in strengthening the immune system too. It is essential mineral for maintaining our health and also helps greatly in skin care.

Be Young Aholic is supported by its audience. When you purchase through links on our site, we may earn an affiliate commission.

ABOUT US
Beyoungaholic.com makes no representations, warranties, or assurances as to the accuracy, currency or completeness of the content contain on this website or any sites linked to this site. For more information, please read our privacy policy.
Contact us: emmy.beyoungaholic@gmail.com
FOLLOW US
© Copyright text 2020 by Be Young Aholic.
1
0
Would love your thoughts, please comment.x
()
x
| Reply